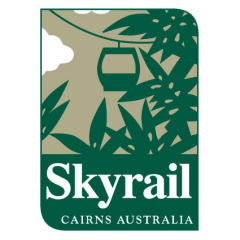 Skyrail opened to the public on 31 Aug 1995. The cableway was originally installed with 47 gondolas, giving it a carrying capacity of 300 people per hour, however a $2.5million upgrade completed in May 1997 increased the total number of gondolas to 114 and increased the carrying capacity to 700 people per hour. Stretching 7.5km through the tropical rainforests of North Queensland, Skyrail provides people with a unique opportunity, and a world first, to see and experience the rainforest in a safe and environmentally friendly way.

In December 2013, Skyrail introduced 11 Diamond View glass floor gondolas which seat 5 people and offer yet another amazing perspective of the rainforest below.

When construction of Skyrail was completed it was the world’s longest gondola cableway at the time. The Skyrail project and construction required world first construction techniques and even today Skyrail Rainforest Cableway remains the most environmentally sensitive cableway project in the world.

Platinum EarthCheck
After a 10-year benchmarking and certification programme, Skyrail is the first in the Pacific Region to obtain EarthCheck’s Certified Platinum rating and the only cableway in the world to achieve this status. Skyrail is committed to continual improvement of sustainable environmental performance. 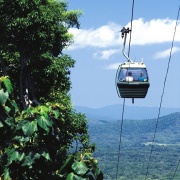 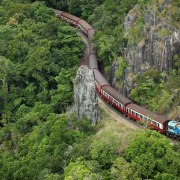 Skyrail offers a range of coach departure times from Cairns City Hotels including 8:30am, 9:30am, 10:30am and 1:30pm.  Skyrail is a 7.5 km cableway journey with two stops in magical World Heritage Rainforest.  ...more info 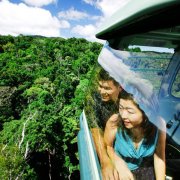 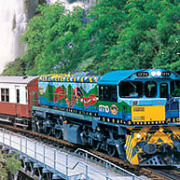 Train & Skyrail with no transfers required

Kuranda Train & Skyrail only includes the Skyrail Rainforest Cableway experience and the famous Kuranda Scenic Railway journey only.  This package is for guests who make their own way to Freshwater Connection Station or Skyrail Rainforest Cableway at Smithfield, then make their own way from Skyrail, Freshwater Connection or Cairns Central Station depending on direction of travel.

Self-Drive Skyrail up, Train down 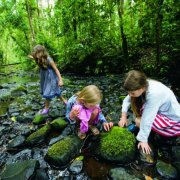 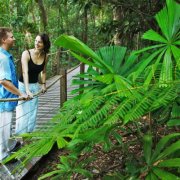 Self-Drive Skyrail up, Train down

Skyrail Up, Train Down - Self Drive:  This tour is ideal for self-drivers who would like to do the Gold Class Train in the afternoon and for people who would like a later morning start.  The departure time in the morning is flexible as the Skyrail is a Gondola system with continuous departures throughout the day.  The flexibility offered to self-drivers with this tour is the start time in the morning.  The Gold Class carriage in the afternoon is only on the 3.30pm train. Upon dis-embarking at Freshwater Connection Train Station a coach will transfer you back to your car at Skyrail, Smithfield. ...more info 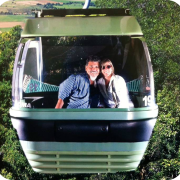 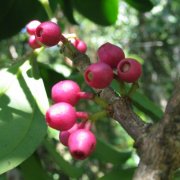 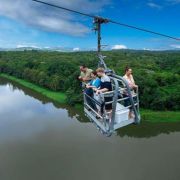 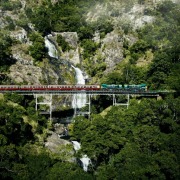 Train & Skyrail Open Air Canopy Glider:  Breathtaking, uninterrupted 360 degree panoramic views of the Tropical North Queensland region. Take in this spectacular tropical rainforest adventure from the unique viewing perspective of Skyrail’s Canopy Glider.  Accompanied by a Skyrail Ranger and with a maximum of 4 guests, the Canopy Glider combines a thrilling rainforest adventure with personalised interpretation of the plants, animals and history which surround you...more info